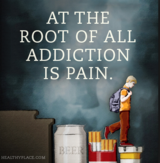 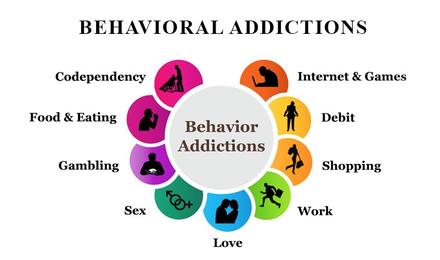 Denial is the distinguishing symptom of addictions. It involves hiding the truth, refusing to talk about the problem, rationalizing, or minimizing the behavior. Denial is a protective measure on the part of the addicted person to avoid seeing the problem and significantly interferes with the first step to resolve it. Even if an addict is forced to deal with a problem, such as filing for bankruptcy, denial says it has nothing to do with her compulsive spending or gambling. Losing one’s job may be blamed on an unfair boss. After the second dui, the addict will blame it on his luck; the officer was unfair or minimizes the dui by saying “I only had one”.

Unfortunately, denial can become the all encompassing cloud around a relationship, where the partner begins to believe the excuses and rationalizations. Denial would lead a parent to blame a “vindictive” ex-spouse for the loss of visitation rights rather than admit that he/she drove the car drunk when bringing the kids home. Denial frequently comes across as making excuses — for example, “I’m just drinking a lot tonight, I haven’t had one all week” “Shopping is just social time with my friends, not an addiction. “Just because my closet is full of clothes with the tags still on doesn’t mean I have a spending problem”.

It is common for an addicted individual to have attempted quitting their addictive behaviors, and failed, over and over. They may have been trying to prove to themselves that the problem behavior is not an addiction. This may have been done in secret, denying to others that a problem exists. The memory of the failure may lead them deeper into using the denial as the defense. He/she might try to convince themselves or others that it didn’t work in the past because he/she didn’t really want to quit at that time and wasn’t really ready.

An addicted person who is in denial will often vehemently deny that they have a problem. In fact, she asserts, she can quit any time she wants. He/she just hasn’t had the desire to quit to this point. Be aware that denial may become more intense as the problems worsen. This is only a sign that the addicted person is in over their head and needs intensive and immediate help. However, if he/she is unwilling to face the use of denial, any treatment efforts will be ineffective and fail. Acknowledgment of the addiction and the negative effects the addiction has on a person’s life are necessary for healing.

Family members substance abuse and addictions can be traumatic, addicts behave erratically and irresponsibly with behaviors that leave those around them constantly insecure and on-edge, worrying about and wondering what will happen next. Addicts vs non-addicts are more prone to become disinhibited, to lose control and to perpetrate various forms of neglect, verbal abuse, emotional abuse, sexual abuse and domestic violence.