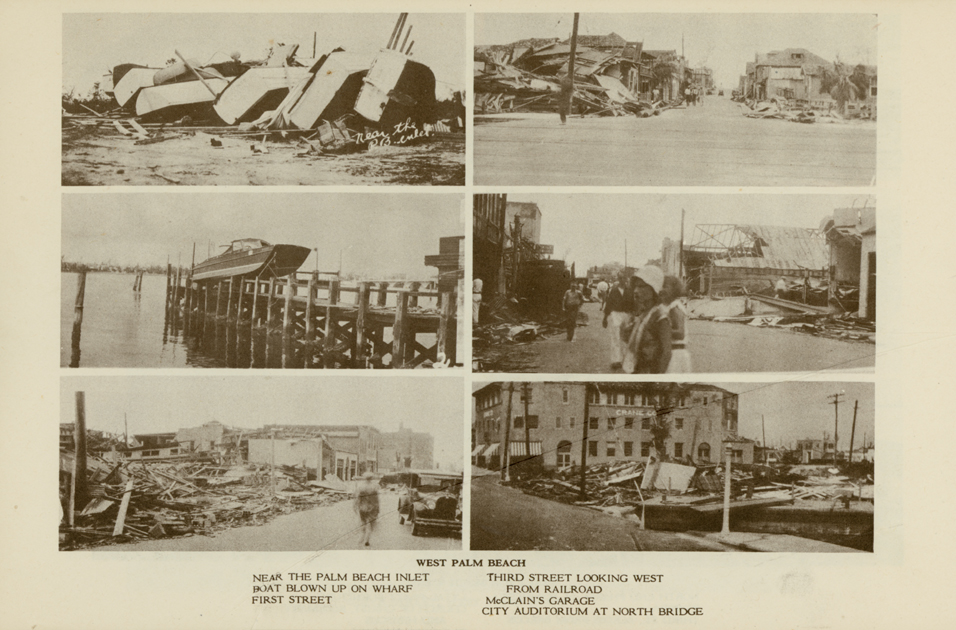 The first time Henry Morrison Flagler came to this particular area back in 1893, he used to call the region of Lake Worth a veritable paradise. This is when he decided to do a dual plan for the entire area. The plan was actually rather brilliant, even though it had in mind to introduce a certain differentiation between different classes. His idea was to turn Palm Beach into a resort venue while building an entirely different commercial city right across the lake – this is where his workers would live in. This particular “worker city”, however, managed to become what is now the beautiful city of West Palm Beach.

How it all began?

Back in 1893, Flagler managed to lay out the city and he decided to name the streets with their native plant names. With this in mind, running east and west were the Clematis, Datura, Evernia, Fern and Althea streets. The avenues spanning from north to south were called Olive, Narcissus, Myrtle, Rosemary, Tamarind and others of the kind.

On the 5th of November, 1894, with a pretty unanimous vote of 77 to just 1, residents of what used to be a very little town at the time, decided to go ahead and incorporate the current city of West Palm Beach. It wasn’t long before it managed to flourish into a bursting frontier town with a range of luxury and different storefronts scattered across the streets of Narcissus and Clematis. What is more, a lot of different saloons were actually incorporated on Banyan Street. This became perfectly well-known as almost any other raucous town located in the Wild West at the time.

The fact of the matter is that the city was so seriously notorious, that the famed anti-alcohol crusade known as Carry Nation decided to visit the city with a bible in her hand back in 1904. This is definitely something which speaks for itself.

The city saw a staggering growth of population in the particularly short period of a little more than 7 years. From 1920 to 1927 the population quadrupled. This is something absolutely significant and it needs to be pointed out. This led to growth in virtually every area of the city, including the farming and the sugar business, schools, hotels, theaters and whatever else you can think of.

What is more, back in 1925, an article in the New York Times mentioned that the rates of development of the overall state of Florida were something which is going to impress even the most skeptical and denying person. And, this is something which was utterly true.

However, as unfortunately as it may sound, this characteristic meteoric climb also led to an inevitable crash. Nervous speculators started to make a lot of money and disappear. This is when the killer hurricanes took place – between the years of 1926 and 1928.

As if this wasn’t enough, the Great Depression in 1929 to 1930 managed to reduce the prices of real estate to dust, dropping more than half of the value. By 1935, the real estate were as cheap as they were before the boom of 1920. Of course, the city was about to receive a significant financial injection but as unfortunate as it may sound, it took a World War to do so.

During and After the War

Receiving the fresh strength of military dollars all throughout the Second World War as well as a significant influx of veterans who’ve decided to move south right after 1945, the city burst out in a brand new progressive flux. The total property value rose to $72 million in 1949, starting from the absolute rock-bottom back in 1935 of $18 million. This is absolutely significant. However, this doesn’t end up here. The property value of the city continued to surge all the way until 1962 when it reached, get this, $147.5 million. This marked an 800% increase for less than 30 years which is absolutely unthinkable.

So, as things were going great, the metropolitan area of West Palm Beach was the fourth fastest growing in the entire country and it kept this position for an entire decade between 1950 and 1960.

Obviously, the development started to spread well pas what was the so-called Military Trail and up to the southern parts of the Lake Clarke Shores.

It didn’t stop there. While it’s true that the city has had its convenient and considerable ups and downs, it has also seen a tremendous improvement – something which is worth taking into consideration. Back in 1966 on the 29th of October, the main terminal at the International Airport in the city was dedicated. Just to note out the improvement that it has managed to undergo, today it harbors over six million passengers every single year.

The spread and the growth of the city was also continuing in the new 90s. From the 1990 to the 2000, the population of the city managed to increase with the staggering 22.8%. This is something absolutely considerable. Right now, the city has over 100,000 permanent residents which is by far the largest community in the entire Palm Beach county. What is more, it’s also the seat of the government and court system. Furthermore, the district center of the city is completely revamped and renovated, making it one of the most contemporary venues in the country.

All in all, the history of West Palm Beach is an interesting one, there is no doubt about it. What started as a commercial city dedicated for nothing but the working class is now one of the most flourishing and well-developed communities in Florida and perhaps in the entire country. It’s a great city to live in with well-established communications and opportunities. This is something which needs to be taken under serious consideration. It’s also one of the most interesting destinations for vacations as there are quite a lot of things that you could do there.

Check out things to do in west palm beach Florida.